The Colour of an Egg Shell

One of the most wonderful things about science is that the discipline is self-correcting. Science is not dogmatic. In the search for truth, every discovery is open to reexamination and reinterpretation. No matter now esteemed the voice, all proclamations must stand up to the scrutiny of others.

Consider the work of Alfred Newton (1829-1907), naturalist, anatomist and ornithologist. Newton was a professor at Cambridge University, and a fellow of the Royal Society. If ever there was someone whose opinion could be relied upon, it was Newton. And yet…

In 1869, a scholarly journal with the unimaginative name of Nature began publication. Each week, folks with novel ideas to share about the natural world would write letters to the journal’s editor, spelling out those ideas. Nature continues to this day as one of the world’s most distinguished scientific journals, and published papers are still described as “Letters.” 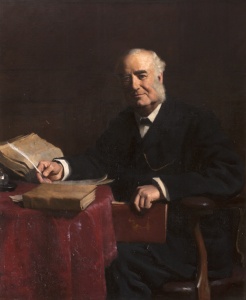 In the November 18 1869 issue of Nature, a letter from Alfred Newton was published concerning the colouration of eggs of the Common Cuckoo. “Scarcely any birds,” wrote Newton, “has so much occupied the attention, not merely of naturalists, but of people generally, as the Common Cuckow of Europe.” Newton reminded the reader that “in the experience of most persons,” Common Cuckoos did not build nests of their own but rather laid their eggs in nets of other species. If “most persons” found that Common Cuckoos were brood parasites, I am not sure what the others felt they had seen. Rest assured that Common Cuckoos do not build nests, and so are absolutely obliged to parasitize the breeding efforts of other birds.

Newton went on to say that: “It has long been notorious to oologists that the eggs of the Cuckow are subject to very great variety in colour, and that a large number of birds laying eggs of very different colours enjoy the doubtful advantage of acting as foster-parents to the young Cuckow.” Birds of different species lay eggs that differ in appearance. If the colour of the eggs of individual Common Cuckoos was similar to the eggs of her victims, it might aid in deceiving the host. The host might not notice the cuckoo egg amongst her own, and so may fail to discard it from the nest. Newton stopped short of saying that it was universal that the eggs of parasite and host matched, declaring the relationship to be “approximate.”

Given the wide range of colours and patterns of host eggs, how might a cuckoo achieve the deception? Even in the 1860s, few would suggest that a cuckoo could determine the colour of her eggs through a voluntary effort. Instead, Newton reasoned that a female cuckoo might generally place her eggs in the nests of hosts of a single species. For that female, this might happen year after year. Newton wrote that he was “not afraid of hazarding the supposition” that the creation of eggs of a particular colouration is likely to become a heritable trait, just as the tendency of depositing eggs in one host species or another is also likely to become a trait that could be passed along to future generations.

Does any of this sound a bit odd? Next week I will describe a number of responses to Newton’s letter in the pages of Nature. 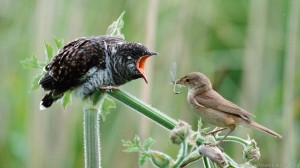