Specialists in the field of biological conservation need to be simultaneously conservative and creative in their practices. When it comes to endangered creatures, we can rarely afford to be cavalier in using new, unproven methodologies. Even so, a technique that serve the needs of one threatened species may be entirely inappropriate for a different species. How can we be cautious and innovative at the same time?

It will be desirable to release animals to the wild after a period in captivity in several circumstances. For instance, individuals born in captivity, but released to the wild, may represent salvation for some species. Animals that have been confiscated by authorities may be used to bolster a declining wild population. It may be deemed useful to translocate individuals from a healthy wild population to an area from which the species has been eliminated.

Consider the Spix’s Macaw, native to northeastern Brazil. According to the IUCN, this Macaw is critically-endangered, and possibly extinct in the wild. With luck, the few individuals held in captivity will allow us to reestablish wild populations in the future. However, we don’t currently know the best way to ensure this. How do we obtain answers without risking the few individuals that are left? 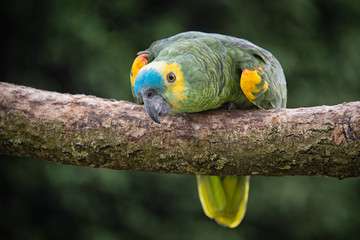 Alice Lopes of the Instituto de Pesquisa e Conservaçăo in Brazil and her colleagues studied Blue-fronted Amazons that had been released to the wild after a period in captivity. The IUCN lists this parrot as of least concern. Lessons learned from releases of this reasonably common parrot might be applied to other, more-threatened species. The goals of Lopes and her colleagues was to “evaluate techniques of management and monitoring employed in the translocation of a group of captive-raised Blue-fronted Amazons.”

Thirty-one Blue-fronted Amazons were obtained from the Wild Animal Triage Centres (CETAS) in Brazil. Each had been in captivity for at least three years. These birds were studied at a site at a private farm in southeastern Brazil. Before release, the birds were trained to recognize predators. They were held in large aviaries that allowed them to practice the skills they would need to survive in the wild. After ten months of training, the parrots were permitted to leave, although they were permitted to return to the aviaries, and were provided with food to supplement what they found in the wild.

The thirty-one parrots released had a range of fates. Three were known to have perished. The whereabouts of five others could not be determined. Ten others showed behaviours that suggested they were adapting to life in the wild. The remaining thirteen individuals continued to behave in a way that better suited captive life, such as remaining near the aviary, and interacting with humans. It appeared that some members of the final group were captured by people in the area.

The study of Lopes et al. showed that “confiscated ex-pet Blue-fronted Amazon Parrots can be good candidates for translocation, but a training program should be applied to them prior to their release.” For instance, subjects need to learn to stay away from humans in order to avoid being recaptured.

Wild populations of the Blue-fronted Amazon range from Bolivia to northern Argentina. Even though it is considered to be of least concern, its numbers in the wild are in decline. According to the IUCN, between 1981 and 2005, 413,000 wild-caught individuals are known to have been sold internationally. Between 2008 and 2010, the CETAS of Brazil received 3,395 individual Blue-fronted Amazons, of which 2145 were seized. A quick search of YouTube will reveal why the Blue-fronted Amazon is so popular as a cage bird. It is to be hoped that will remain sufficiently common in the wild so as to continue to serve as a model for studies of conservation practices. 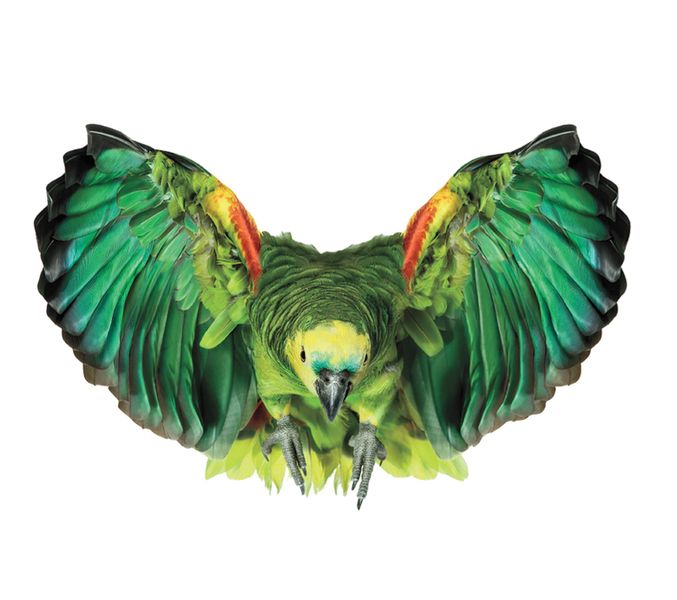