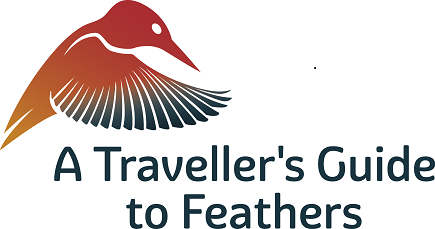 It seems that Heaven is not the only source of manna. When wounded, some Australian gum trees respond by releasing a syrupy material at the site of the injury. The white gum tree, also known as the manna gum, Eucalyptus viminalis, reacts to damage to its leaves and stems by releasing a sugary fluid that soon crystalizes into a mass that can be eaten by a range of arthropods and a few types of birds. Most of these manna-eating animals are probably opportunists, taking advantage of the yummy treat when they stumble across it. According to recent research by Samuel Case and Amanda Edworthy of the Australian National University in Canberra, Forty-spotted Pardalotes, Pardalotus quadragintus, are an exception. They don’t just harvest manna; these pardalotes mine it. 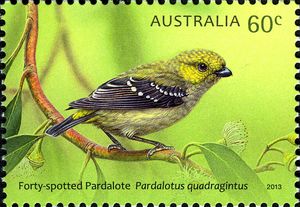 At one time, the Forty-spotted Pardalote could be found throughout eastern portions of the Australian state of Tasmania. Those days are gone. The bird is a habitat specialist, relying on forests with manna gums. With the clearing of those woodlots, combined with recent drought, the pardalote’s range has contracted to the point where it is now considered an endangered species. If we are to fully understand the decline of the Forty-spotted Pardalote, and perhaps assist in its recovery, we need to understand the relationship between the bird and its habitat.

While studying the breeding biology of Forty-spotted Pardalotes, Case and Edworthy observed these birds using a peculiar notch toward the end of their beaks to make slits in the leaf stalks of mana gum trees. This caused the plants to produce sugary manna. How common is this behaviour, and how important is manna to the lives of the birds?

Between August 2014 and January of 2015, Case and Edworthy made observations of pardalotes in and around nesting sites. They supplemented their direct observations with recordings by digital video cameras placed near nest entrances, capturing images of the food brought to nestlings by their parents. The researchers also became adept at damaging lead stalks artificially to determine what portion of the gum trees produced manna.

More than 80% of the diet of Forty-spotted Pardalote nestlings was manna, supplemented by a few flies and spiders. It has yet to be determined whether manna is rich in amino acids, or if a few arthropods are necessary for a well-balanced diet for the nestlings. Given that manna is chosen as a food for nestlings more often than invertebrates, Case and Edworthy expect that the plant’s exudate provides substantial nutrients.

The findings of Case and Edworthy have profound implications for conservation of the endangered Forty-spotted Pardalote. If captive breeding should ever become necessary, the manna gum will surely be a feature of their enclosure. “All white gum trees may not produce manna equally,” Case explained to me, “and a better understanding of manna production could help to conserve habitat for these endangered birds.”

Are you like me? Are you aching to know what manna tastes like? According to Case, manna “tastes similar to a breath mint.” Now you know. 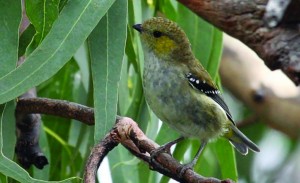 One thought on “A Traveller’s Guide to Feathers, Week 1: Manna from Australia”