I like simple definitions. According to the Gage Dictionary of Canadian English, a heronry is: “a place where many herons come in the breeding season.” Perfect. It seems that Ramesh Roshnath and Palatty Alesh Sinu of the Central University of Kerala like definitions to be a little more comprehensive. To them, a heronry “is group nesting of colonial waterbirds” which might include herons, storks, pelicans, cormorants, ibises, and spoonbills, which cluster their nests in time and space.

Roshnath and Sinu had the right to claim that their definition is closer to the mark, as they have been studying the avian residents of heronries of the Kannur and Kasaragod regions of southwestern India. The waterbirds that nest in heronries in this region include Little and Indian cormorants, Little, Intermediate and Great egrets, Oriental Darters, and both Purple and Grey Herons. 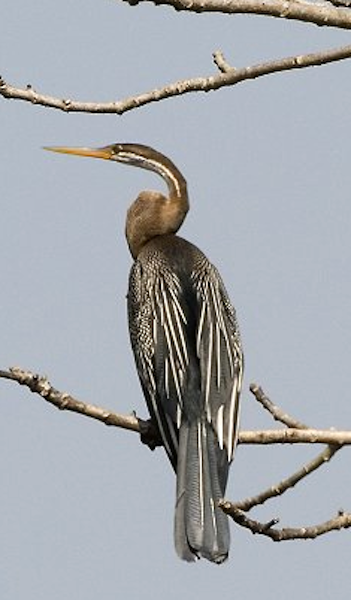 We all recognize that the conversion of intact operating native habitat into urban settings is not going to stop. Does that conversion need to be completely devastating to native wildlife, or is sustainable development possible? Roshnath and Sinu set out to document the impact of urbanization on colonial waterbirds, with the hopes of finding ways to make the lives of these birds as productive as possible.

The researchers found fifty-two heronries in spots which included wild regions such as mangrove inlets, but also in trees adjacent to roadways, and in urban and residential sites. They visited the sites at the peak of the breeding season, counting and identifying birds’ nests, and recording details of the nesting trees such as species, height and diameter.

It was no surprise to find that some of the waterbirds nested more frequently in wetlands habitat than in cities. These birds included Purple Herons and Great Egrets. Curiously, some birds were more likely to engage in breeding in trees in city landscapes, including Black-crowned Night Herons and Little Cormorants. Over 1,500 nests were documented in trees along major roadways, but fewer than 500 in mangrove trees. Just 285 nests were seen in trees at forts and temples, and eighty in residential areas. The most popular trees for nesting were rain trees, which are highly valued as urban shade trees. Rain trees provide the birds with materials with which to construct their nests, and a branching patterns that facilitates nesting. Also popular with the birds were copper pod trees, jackfruit, mangoes, and banyan trees.

Beyond abundant suitable nesting trees for waterbirds, it seems that the urban environment in this part of India provides reduced predation pressure from snakes and birds of prey. Further, urban fish markets may provide waterbirds with part of their diet in the breeding season.

Some heronries in this part of India have likely been in use for a very long time. The continued use of some of these sites is not certain. Trees that are centuries old are felled to allow for the expansion of roads. Birds abandon heronries when bridges and fly-overs are built at the level of the tree canopy.

When it comes to sustainable development, simple solutions are often the best. “Posters regarding the nesting birds species could be posted under the trees to draw public attention and create awareness,” wrote Roshnath and Sinu. “Local governments may consider erecting heronry guards above the bus waiting shelters if nesting trees are located in such places.” If trees need to be felled for a city’s expansion, workers might selectively remove non-nesting trees first.

By these means might herons (and other waterbirds) continue to use traditional heronries. 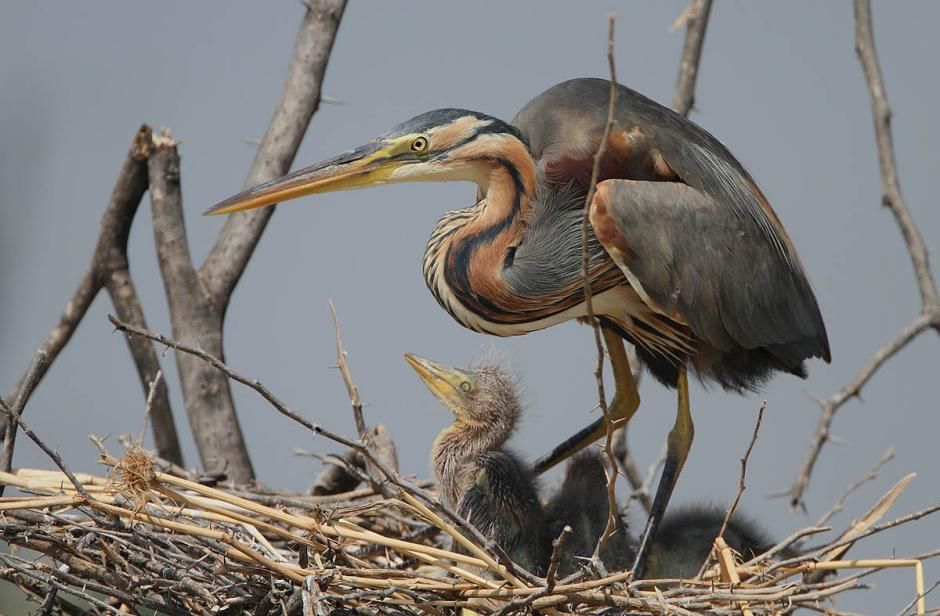