The Story is in the Details

The IUCN considers the Kentish Plover to be of least concern, with a global population estimated at between 290,000 and 460,000 mature individuals. These shorebirds can be found on lake shores, saltpans and sand dunes from Gibraltar to Guinea-Bissau, from Hungary to Hong Kong, and from Uzbekistan to the United Kingdom. Numbers are in decline in some parts of the plover’s range as a result of disturbance of their costal habitat, pollution of wetlands, and urbanization. Despite those population concerns, there are thousands of birds species in greater peril to keep conservation biologists awake at night. And that is the end of the plover story, right?

No so. Sometimes the story is in the details.

The eastern North Atlantic Ocean is home to a biogeographical region known as Macaronesia. The island groups that constitute this region include the Canary and Cape Verde islands, the Azores, and Madeira. These islands differ in geological age, and in the distance between each other and mainland Europe and Africa. The geographical isolation of the island groups does not necessarily result in protection of the plants and animals found there, and many endemic species are seriously threatened by the activities of humans. Among bird endemics are the Cape Verde Sparrow, Azores Bullfinch, Canary Island Kinglet, and the Trocaz Pigeon (Madeira). 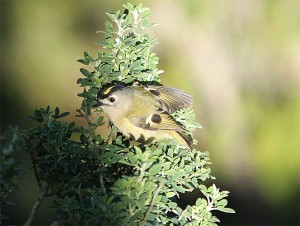 Mohammed Almalki of Taif University in Saudi Arabia and his colleagues studied the genetic and structural differentiation of Kentish Plovers in Macaronesia, comparing them to continental populations. If the island populations were substantially different from one-another, it would argue in favor of special conservation and management efforts.

Adult plovers were captured, marked for individual identification with numbered metal legs bands, and the length of their wings and legs recorded. Before being released, blood samples were collected from the birds. Almalki et al. discovered that Kentish Plovers dwelling on each archipelago were genetically distinctive from others in the Macaronesia group. They also discovered moderate differences in the morphological traits measured; it seems likely that populations were showing adaption to differences in local conditions.

The researchers concluded that genetic and morphological differences among the Kentish Plovers found in different island groups might justify a review of the way that the species are managed. Although the groups are not sufficiently different to be classified as different species, “We suggest that each archipelago is better treated as an independent management unit,” they wrote. There is an urgency in the need to develop conservation actions, particularly where populations are increasingly threatened, such as the Canary Islands.

And just to show you that the smallest details can result in a good story, let me tell you about the scientific name of the Kentish Plover. The genus name, Charadrius, refers to a nocturnal waterbird mentioned by the writers Aristophanes and Aristotle, the sight of which was said to have cured jaundice. The species name, alexandrinus, is a Latin word referring to the Egyptian city of Alexandria.