When it comes to finding the single best solution to a challenge, I suspect that there are few challenges greater than those faced by parent birds. If the best solution is the one that will allow a parent to make the greatest possible genetic contribution to following generations, then the questions to be answered are nearly endless. Shall I attempt to mate monogamously, polygamously, or promiscuously? If I mate monogamously, how much of an effort should I make, and how much work shall I leave for my partner? Shall I put all of the year’s efforts into a single breeding effort, or shall I try to breed twice? Is it best to remain faithful to my partner, or to cheat? What is the best solution? 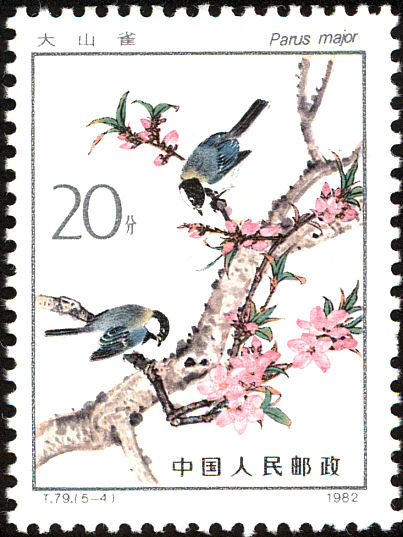 Japanese Tits are tiny songbirds that breed, not surprisingly, in Japan, as well as in surrounding parts of mainland eastern Asia. They are short-lived, and are socially monogamous. They lay their eggs and raise their nestlings in cavities, and will utilize nestboxes if given the opportunity. Many pairs will attempt to raise two broods in a year, rather than just one. Given that the average lifespan of a Japanese Tit is just two years, a second brood is likely to greatly increase an individual’s lifetime reproductive success.

Daisuke Nomi, Teru Yuta and Itsuro Koizumi of Hokkaido University and Niigata University in Japan studied the breeding behaviour of Japanese Tits in the Tomakomai Experimental Forest of Hokkaido for three years. The researchers were particularly interested in the effort that male tits made in provisioning their young. A male that makes a great effort to feed his chicks may realize greater reproductive success, but not if his partner responds by reducing the effort she makes. If a male makes a greater number of feeding trips this year, he may wear himself out and have a lesser probability of surviving to breed again next year.

Or… Could it be that a male that makes a particularly great effort in the year’s first breeding attempt will free his mate to recover from the stresses of breeding, and so increase the chances that she will be able to breed a second time?

Nomi and his colleagues utilized two Japanese Tit breeding sites, each provisioned with 150 wooden nestboxes. These boxes were checked frequently to document laying date and the number of eggs in each nest. Parents at each nest were marked with coloured and numbered leg bands. Both parents and their chicks were weighed, and the length of their legs measured. The rate at which the parents provided food to the chicks at each nest was determined using video cameras.

The greater the number of feeding trips made by the male, the greater the mass of the chicks in that nest. Beyond that, pairs in which the male made a high contribution were more likely to make an attempt to breed a second time in the same year. Ultimately, the decision about whether to make a second breeding attempt is very likely made by the female. Her decision seems to be made, in part, on the basis of the work ethic of her partner. “Paternal care may be more influential than previously though,” wrote Nomi et al.

Given the obvious advantage of making a large contribution to nestling care, why do not all males feed their chicks as fast as they possibly can? A male that spends all of its time and energy feeding chicks may be spending less time on essential defense of the breeding territory. If a male doesn’t give himself a break occasionally, he may diminish his chances of surviving until the following year. A male with a bit of free time may try to engage in copulations with females on neighbouring territories, and so spread his genes that way.

When it comes to birds and reproduction, the single best solution may not be as simple as it might seem. 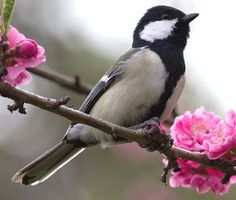