Wild birds are better understood that any other group of animals. Consequently, the development of many general concepts in taxonomy, ecology, anatomy, physiology and evolution has been based on our accumulated knowledge of birds. Fortunately, there are many mysteries yet to be solved, even in the best-studied species of birds. The discipline of ornithology has many generations of study ahead.

Remarkably, some bird species are so enigmatic as to be represented by only one stuffed specimen each. This group includes the Spotted Green Pigeon (Caloenas maculata), the Mysterious Starling (Aplonis mavornata), the Makira Woodhen (Pareudiastes silvestris), Vaurie’s Nightjar (Caprimulgus centralasicus), the Cayenne Nightjar (Setopagis maculosa), and the Black-browed Babbler (Malacocincla perspicillata). We have even less material to examine in the case of the Nechisar Nightjar (Caprimulgus solala), known from only a single preserved wing, and the Double-banded Argus (Argusianus bipunctatus), a pheasant from which we have only a single feather. Not surprisingly, some of these birds are considered to be critically-endangered or even extinct, but the IUCN considers others to be “data deficient,” awaiting further study. 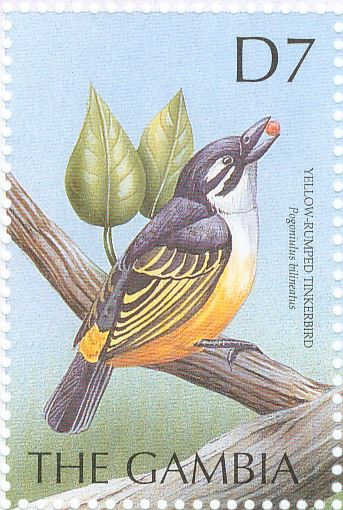 Might an expedition designed to find and study one or other of these birds be a fool’s errand? Are we certain that these birds even exist as proper species, or could the stuffed specimens represent single peculiar representatives of other reasonably common species? Alexander Kirschel, Emmanuel Nwankwo and Juan Carlos Gonzalez of the University of Cypress and the University of Oxford set out to answer those questions for the White-chested Tinkerbird, Pogoniulus makawai.

In 1964, Jali Makawa and Michael Irwin were collecting bird specimens in the forests of northwestern Zambia. On September 6 of that year, Makawa and Irwin collected a bird that was similar to Yellow-rumped Tinkerbirds (P. bilineatus), common and widespread, but with sufficient differences in plumage for it to be described as a unique species. That single stuffed specimen of the White-chested Tinkerbird resides in a drawer at the Natural History Museum in Tring, UK, with the catalogue number NHM 1964.33.1

But where are its buddies? Why have repeated surveys of the area not reported the White-chested Tinkerbird? As Kirschel et al. asked: “is this a valid taxon and does it still endure an extremely rare and localized existence?” Alternatively, could NHM 1964.33.1 be nothing more than an odd presentation of something else?

Kirschel and his colleagues collected a small sample of tissue from the foot of the single White-chested Tinkerbird specimen. Genetic material was extracted from the sample, and amplified using well-established laboratory procedures. The resulting DNA sequences were then compared to those of other types of tinkerbirds found in the same part of Africa. 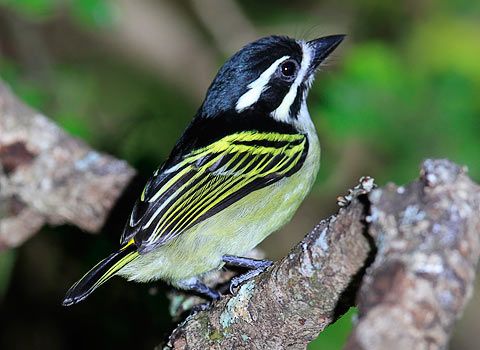