Last year, while on a trip to Faro in southern Portugal, Sarah and Michael Farn had the opportunity to eat breakfast on the rooftop of their hotel while watching a pair of White Storks tend to their chicks. The nest, roughly constructed of large sticks, was situated on the rooftop of a church. Sarah wrote to me to ask how often this species of stork nests in the heart of cities in Europe. 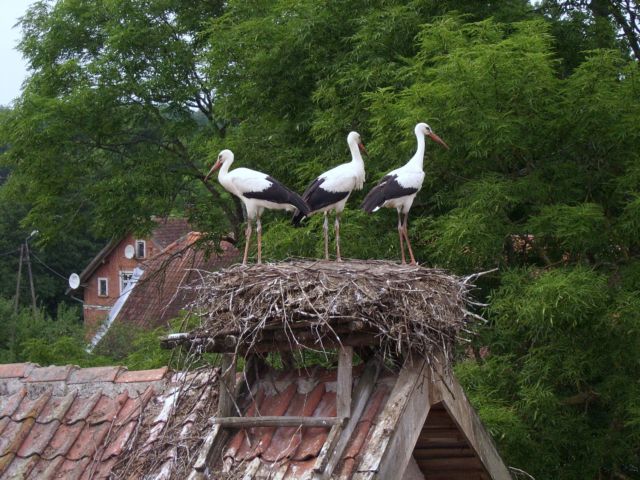 Well, Sarah, it seems that White Storks are perfectly pleased to nest in and around human settlements, and that the association between humans and storks may date back to the Neolithic period. In a recent publication, Grzegorz Kopij of the Wrocław University of Environmental Life Sciences revealed quite a lot about this interaction in Poland.

The city of Wrocław appears to have a lot going for it. The community has nearly 650,000 residents, and a history that dates back well over 1000 years. It is home to many fine universities with a combined population of more than 130,000 students. Wrocław lies in a valley where four smaller rivers join the large Odra River. From Kopij’s description, it seems that the city and surrounding countryside is a marvelous amalgam of grassland, forests and recreational area. Regrettably, the air is among the most polluted in all of Europe, but otherwise it sounds like a pretty neat place.

The storks certainly seem to think so. Two nests were located within a kilometre of the city centre. Surveys of nests in Wrocław demonstrated considerable variation among years, with just five nests in 1999, but nineteen breeding pairs in 2004. Kopij attributed some of this variation to the availability of foraging opportunities. When grass was mowed along the city’s river systems, the breeding population increased, but fell again when the grassland was left to grow wild. It seems that years with good rainfall resulted in more food for the chicks than in drier years. On average, White Stork nests in Wrocław raised 2.65 chicks, just a shade less productive than nests in rural settings.

Kopij found that Wrocław is the only Polish city with a population in excess of 100,000 residents to have a large population of nesting White Storks. He believes that modest management of the landscape around cities could have a positive influence on this species. Describing the bird as a charismatic species, Kopij suggested that White Storks: “may attract attention of naturalists, ecologists and conservationists in urban environments, (and) facilitate directly citizen engagement with nature, environmental education and awareness.”

If you are like Sarah, and would like me to write a column about a type of bird that really interests you, or would like to know more about a particular topic in bird biology, please be in touch with me at glen@glenchilton.com.

Kopij, G. 2017. Changes in the number of nesting pairs and breeding success of the White Stork Ciconia ciconia in a large city and a neighbouring rural area in South-West Poland. Ornis Hungarica 25:109-115. 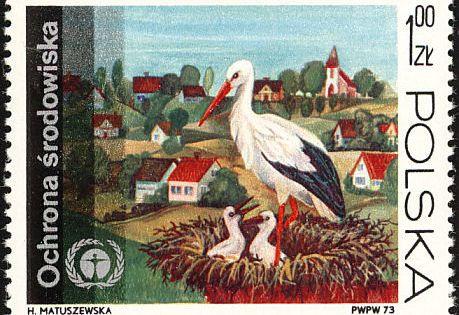