I had never had a particularly good grip on my common sense.. 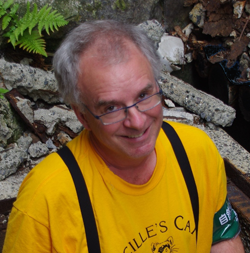 ..and when it finally got away from me, I felt the need to get it back as quickly as possible. I jumped on it, and wrestled it to the ground. Using a length of stout rope I tied it to a park bench, but when I came back for it a couple of hours later it had slipped its bonds and fled. I never saw my common sense again.

For many of my closest friends and relatives, this probably explains a lot. My life is full of silliness. I have recently allowed myself to be bitten by a crocodile in Jamaica, wrestled a killer tree in one of the last remaining pristine jungles of south-east Asia, and camped with cavemen in a remote corner of the Philippines.

These behaviours are all perfectly silly, but my latest idea for adventure leaves silly far behind, visible only as a rapidly-shrinking figure in the rear-view mirror. Having enjoyed danger in some of the most remote spots on the planet, it was surely time for me to get into trouble in one of the most urbanized, heavily populated spots on Earth. And so begins my quest to paddle the length of the Thames River from its highest headwaters to a spot on the English coast far beyond the river’s official mouth.

I have several friends who are far more adept at expedition-style paddling than I, but would any of them be willing to hop into a watercraft with me? Canadian biologist Rob Higgins is probably a little less than enthusiastic about paddling with me since I guided our canoe over a waterfall. Hungarian architect Klarinka Farkas hasn’t spoken to me since I described our paddling misadventures on Loch Lomond in my book The Attack of the Killer Rhododendrons, also known as The Last Place You’d Look for a Wallaby. I would trust Canadian outdoorsman David Kay with my life, but I wasn’t sure that I could trust him to be silly.

She owns more bicycles than earrings. 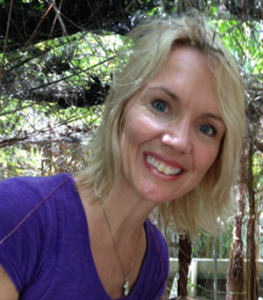 I felt that I could trust Krista Halling, not only to be silly, but also to keep me alive. Krista is a veterinary surgeon practicing her craft at an animal hospital in Mississauga, Ontario. She owns more bicycles than earrings, and if I got my right arm hacked off in a horrible boating accident, she could probably stitch it back on. Best of all, when I suggested the expedition to her, she said “yes.”

And so, if all goes according to plan, Krista and I will plunk ourselves down in a canoe in April of 2015 to paddle down the Thames. This is the first of our weekly blogs, designed to serve as a record of our progress toward the expedition. Stick around as Krista and I go Falling Down the Thames.